One of our bestselling books of 2015 was RESCUE PILOT, the story of Jerry Grayson, who at age 19 was the youngest helicopter pilot to ever serve in the Royal Navy, and by 25 was the most decorated peacetime naval pilot in history after his courageous rescue efforts during the 1979 Fastnet Race. After leaving the service Jerry embarked on a new career – flying the lens to capture aerial footage for the likes of Ridley Scott, Werner Herzog and James Bond movies. His new book, FILM PILOT, is published in the UK today. He writes:

When I first picked up the diary in which my Mum had written a page for every day of her life since the age of nine I realised that it had been both a discipline and a labour of love for her. So it has been for me in writing Film Pilot. 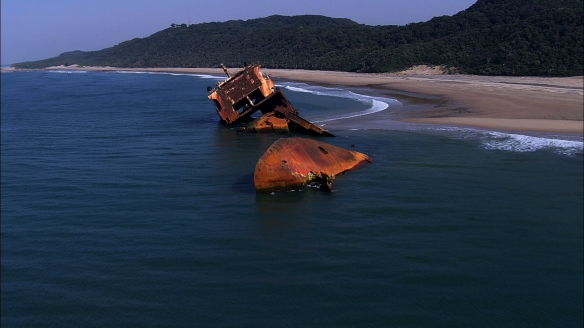 How many people even get to do a job that they really like, let alone one they look forward to every day? My eight years of flying in the Royal Navy had taught me how to pilot a helicopter to good effect, but as soon as I started to use my machine as a camera platform a whole new canvas of opportunity opened up before me.

It was the opportunity to share with others the privileged perspective I had from a vibrating seat above the ocean; racing yachts and power boat scything through the dawn, the first hot-air transatlantic balloon flight diving into the cold Irish Sea, Tall Ships catching the east wind in their huge white sails, and submarines appearing from the depths like mythical leviathans.

Then came the fresh skills of co-ordinating an aerial ballet in order to capture the power and majesty of other flying machines; a Spitfire, a pair of Tornadoes and a young girl making the first crossing of the English Channel by hang-glider. The latter not only went down in the history books but also nearly caused my heart to stop when the flimsy aerofoil was released from beneath the hot air balloon that had been carrying it. The balloon pilot employed nothing more technical than a hunting knife to cut the rope by which she’d been lifted, at which point the hang-glider tried to roll upside down.

As time went by the tempo and profile of being a Film Pilot increased with every new assignment. The synchronicity of time and place took me to my first movie – a James Bond film for heaven’s sake! – and my first sports gig; the Winter Olympics. 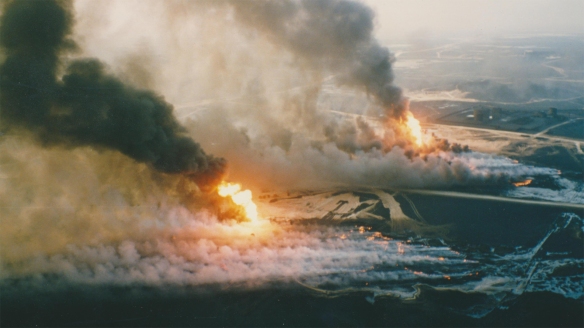 Eventually I began to actively seek out the hot spots of the world to capture on film and share with those who would never otherwise have the chance to see New Orleans under water, the deserts of Kuwait on fire, or the surface of another celestial body. As I morphed from a Film Pilot to a Film Director I began to tell cohesive stories with my hands on the controls of a flying machine.

With the advent of drones and an entire generation who think nothing of controlling a flying machine with just their thumbs, I hope that my book provides the inspiration to get out and create an image that changes the world. As I’ve learned at every stage in this remarkable journey; a picture doesn’t just speak a thousand words, it has the potential to change minds.